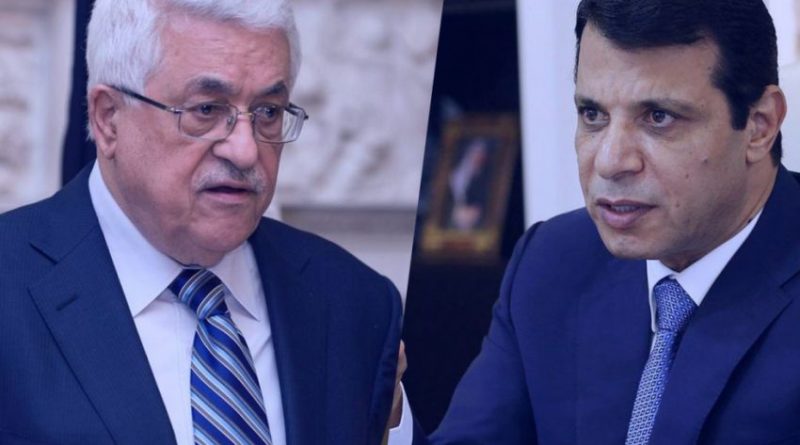 By offering a 10m lira ($1.7) reward for the capture of exiled Palestinian politician Mohammad Dahlan, Turkish President Recep Erdogan stepped into the race rumbling through Ramallah for the successor to Mahmoud Abbas, 83, Chairman of the Palestinian Authority. On Friday, Dec. 13, Dahlan, a longtime rival of Abbas (Abu Mazen), was added to Turkey’s “red list” of most wanted terrorists.

Abu Mazen is showing no sign of stepping down. Still, the contenders for his crown are constantly maneuvering for position to jump in when it’s time.
Erdogan, who has visions of resurrecting an empire in the Arab world, has deployed his army in three countries, Syria, Libya and Qatar. He sees a promising opening in Ramallah for sinking his hooks in the Palestinian leadership front as well as a chance to get at Israel.

Why now? DEBKAfile’s intelligence sources report the catalyst as being intervention in the Palestinian contest by the UAE leader Sheikh Muhammed bin Ziyad (MbZ). While the Qatari funds streaming month by month to Hamas-ruled Gaza Strip are common knowledge, UAE has quietly begun oiling wheels in the Palestinian seat of government in Ramallah. Dahlan is his bagman, which is why Erdogan has targeted him.

Dahlan, 58, has played many roles for different masters. He served Yasser Arafat as Gaza Strip strongman during more than one campaign of terror against Israel, while at the same time developing Israeli and American contacts by foiling some of his master’s terrorist operations. He then served Arafat’s successor, Mahmoud Abbas – first in 2003 as PA interior minister in charge of security and then, in 2005, as minister in charge of coordinating Palestinian steps during Israel’s disengagement from the Gaza Strip.

But then, in 2010, he had a major falling out with Abbas, who accused him of conspiring to undermine him. In 2012, he was exiled from Ramallah to Jordan, followed by a Palestinian court’s warrant for his arrest on charges of stealing PA funds. Thereafter, he divided his address and business operations between Abu Dhabi, Vienna and Montenegro, moving on to Belgrade.

Dahlan’s attempts to reestablish his power base in the Gaza Strip, where he still has many supporters, were cut short by the Hamas rulers. In the last few weeks, he turned his attention to the West Bank, funneling hundreds of thousands of dollars to the Tanzim faction of the ruling Fatah. Our sources report that he has spread his largess among local Tanzim chiefs in 12 Palestinian refugee camps, including Shuafat in Jerusalem, Dehaisha outside Bethlehem, Qalandia, north of Jerusalem, Balata in Nablus and a camp in Jenin. The distribution of these funds is handled by Qadoura Fares, one of the Fatah leaders and head of the Palestinian Convicts’ Club. He has strong backing in Jenin which he transferred to Dahlan.

Dahlan’s immediate objective is believed to be to curtail the drive for control of the PA’s power centers by the front runners to succeed Abu Mazen – Mahmoud Al-Aloul, Tewfiq Tirawi, and Jibril Rajoub – before the job becomes available, and in case a Palestinian election takes place for the first time in 12 years.
Erdogan and the emir of Qatar, Sheikh Tamim Ben Hamad Al-Thani, have come to a deal that serves both their objectives. The Turkish president’s wants a strong hand  in the Palestinian political leadership race, while the Qatari emir seeks to frustrate the plans of his rival the UAE in Ramallah. So while Qatar takes care of the Gaza Strip, Ankara has undertaken to thwart Dahlan’s designs in Ramallah.