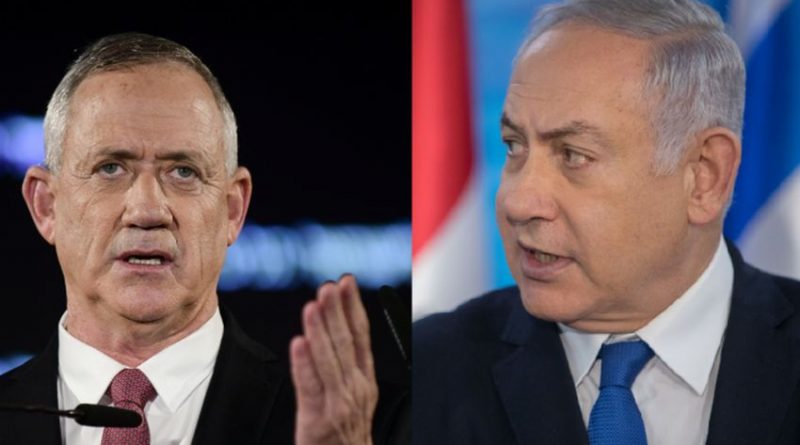 Binyamin Netanyahu Sunday, May 17, took the oath as prime minister of his 5th government and future alternative PM, while his partner Benny Gantz was sworn in in the reverse order, ready to take over the premiership on Nov. 17, 2021. Gantz also officiates as defense minister. Israel finally has a government, its largest ever (37 ministers and 17 deputy ministers), after more than a year and-a-half of a caretaker administration and three inconclusive elections. It is a national unity emergency government based on a power-sharing accord negotiated between the two leaders of opposite political blocs. It was confirmed by a Knesset vote of 73 to 46.

Netanyahu and Gantz opened the Knesset swearing-in ceremony with speeches that emphasized the commonalty they achieved for building a national unity government to combat the coronavirus pandemic.
Both stressed that the three inconclusive elections had demonstrated the people’s wish for unity to resolve the long political impasse. Defending the mammoth 36-member cabinet of Israel’s 35th government, Netanyahu noted that a fourth election would have cost the taxpayer NIS 2bn (app.$500), whereas the new government would spend NIS85m per year.

He added that putting together the Likud’s list of ministers was extremely complicated and called for serious compromises. But time is pressing, he said: “No one knows if the current pause in infection is temporary or not. Therefore, the government’s first task will be to establish a coronavirus task cabinet to prepare for another wave of the pandemic.

Both – PM Netanyahu and Benny Gantz who succeeds him on Nov. 17, 2021 – dwelt on the urgent need to pass a state budget to provide jobs, restore growth and address the hardships of small and large businesses and the self-employed who had lost everything in the two-month-lockdown.

Gantz did not comment on Netanyahu’s emphasis on achieving sovereignty for such Biblical sites such as “Shilo, Bethel, Hebron” and others. “This is a historical mission which will be achieved together,” the Likud leader vowed, maintaining. that it would not distance peace but bring it closer.

“Despite our highest possible regard for our close ties with the US and admiration for our friend President Donald Trump,” Netanyahu said: “We must never forget that we must rely on ourselves, for our security, the cornerstone of which are the IDF and security forces.
He reiterated his unshaken determination to deny Iran a permanent presence in Syria and its acquisition of a nuclear weapon.

His partner, Gantz, touched on potentially controversial issues. One was the need, he voiced, to “remodel the pattern of Israel’s Defense Forces recruitment,” so as to represent all parts of the population. This will be a sore point with the ultra-religious coalition partners who object to compulsory conscription of yeshiva seminarists. He also promised to ensure proper respect for public officials, including those in the Justice Ministry (whom Netanyahu has criticized). However, he also pledged to uphold Israel as a Jewish democracy, and quoted the Likud founder, the late Menachem Begin, who said,  upon joining Levi Eshkol in the first unity government with Labor in 1967: “This ends the animosity [dividing] us and brings healing for the ills of the people. We will make every effort to ensure that every one of us feels at home.”

Both speeches were strongly heckled from a chamber that was thinly occupied by masked lawmakers in keeping with coronavirus guidelines.

Before the swearing in ceremony, opposition leader Yair Lapid took the podium followed by speakers of the factions, who were allotted 10 minutes each.